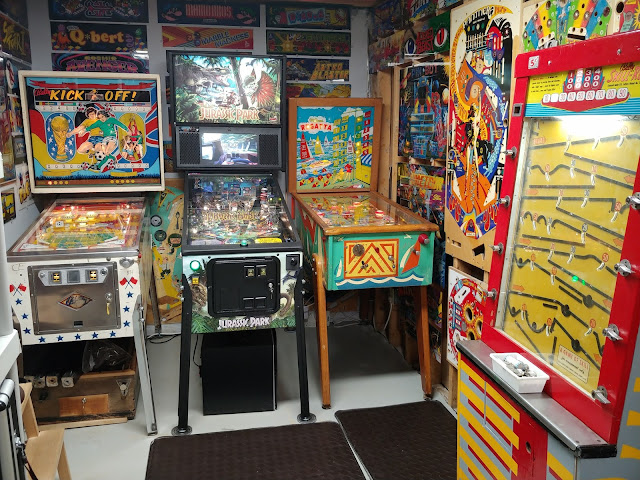 (pinball) Love in the time of Covid

with apologies to Gabriel García Márquez...

Pinball aficionados are statistically the least likely to be heavily effected by this pandemic given the hobby's demographics, but still there is a yearning for the silver ball despite the tragedy of the times.

While Canada is not quite out of the woods (we are 76th in cases per capita, 26th in deaths per capita,) Ontario has had some significant success and entered "Phase 3" of the re-opening plan.   Pinballers yearn, and pinballers get creative.  Some hunkered down in their basement arcades, acutely feeling the absence of friends to challenge and celebrate their scores.  Many have gone months without machines, and not flipping at all.

The first sign of life came was the reopening of The House of Targ, implementing new safety protocols: barriers between the spaced-out machines, directional arrows for movement, limited attendance, and all games now set to Free-Play.

But a pandemic brings less customers, and they have begun selling their famous perogies online, alongside their sides, t-shirts, beer, and hot sauces.  They have continued working with other local businesses, doing pop-up markets at Big Rig Brewery in Kanata.  Whatever can be done to keep any cash-flow going, and the lights on.

But what about tournaments?  The competition!  The packed houses of players clamoring to get their plays in!  Surely these are casualties of the pandemic!  unless...

There is some hope with pinball junkies like Craig willing to think outside-the-box (outside-the-house) and present Ottawa with what will be remembered as a legendary tournament that faced down a pandemic.  Craig has used his resources to find a way to bring back competitive pinball.

Safety first:  4 machines are setup in the garage with ample space between each of them.  Only players competing are allowed in.  One player per game.

Instead of a normal bracket, the tournament format was switched to "card" based, which you might be familiar if you've ever seen or played in some of the larger tournaments' qualifying rounds.  But the effect is that everyone plays solo.  (Entry is limited to the 4 cards, which I love.  None of this spending $200 and 12 hours trying to put up a solid card, like you see at so many major tournaments.  Best bring your A-game from the beginning.)

Ample hand sanitizer provided for before and after games.

And oh hey, how about a machine on the front porch?  The end-of-summer breeze feels amazing while you play, and quality outdoor airflow is one of the strongest correlations to reductions in potential Covid transmission.

Lots of players continued to distance and wear masks.  Safety and respect, first and foremost.  (Fun comes #3 for sure)

Foot traffic is an inevitable issue though, which was solved through good old-fashioned labour:  6 slots were open for signup, over the span of 5 days.  Never would there be a crush of players hanging about.  The card system allows people to get in there during discrete times, play their games, and move along.

If you're an Ottawa player that wants to get in on the action, it's running until Saturday night and all of the info is up on MAACA.  Weather dependent of course, but it's looking to be a good week so far.

The event is being livestream by Ottawa's own PinBallers, and you can follow the result online.

Email ThisBlogThis!Share to TwitterShare to FacebookShare to Pinterest
Labels: misc

Here are some excerpts from Taqralik, "The Magazine of Northern Quebec", circa October 1982.   I was sent this amazing magazine by my friend Amy Prouty (PhD candidate, Inuit art history).

It features a write-up, and 2 photos, from the Kuujjuaq arcade that was opened October 23, 1982.
The magazine is in Inuktitut and English.


It all started with a message from my mother-in-law.  Apparently a friend of hers mentioned that way-back-when he had written a book on pinball, and would that be of interest to me?  Yes.  A few months later, I received a lovely gift of 1979's Special When Lit, signed by the author himself!

I scanned in 3 issues of Canadian Coin Box magazine, loaned from JF.   They'll be of interest to anyone interested in pinball, EM arcade games, video games, and jukeboxes. 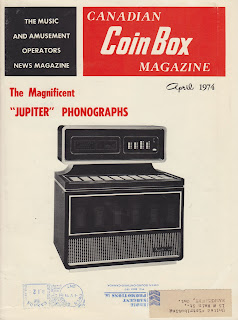 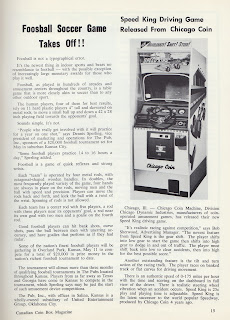 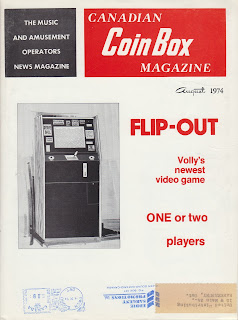 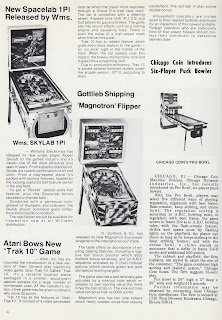 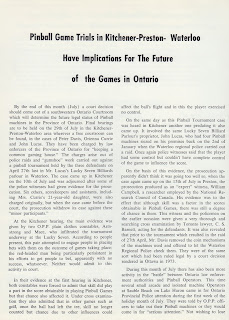 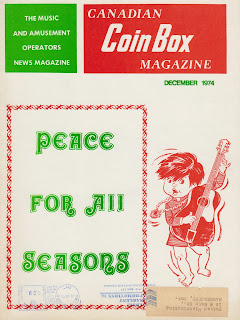 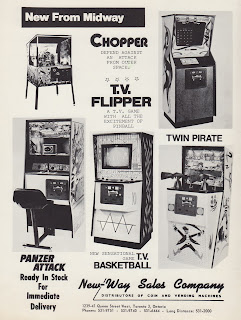 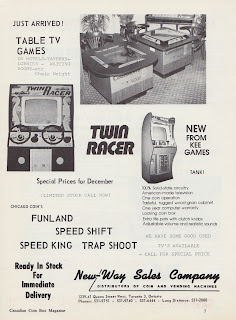 I scanned the manual for the 1956 Bally Skill Roll.  Enjoy the PDF! 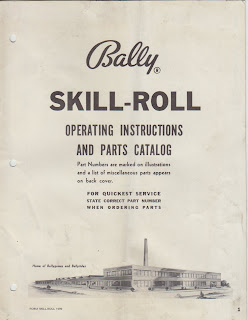 Love these photos that Mr. Sugiyama sent me!   He updated the signage in the Pachinko Museum thanks to research I sent him. 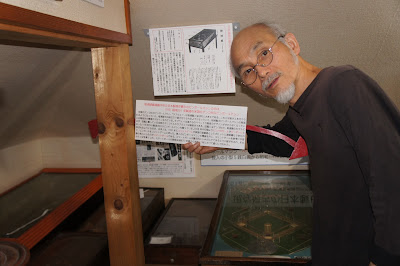 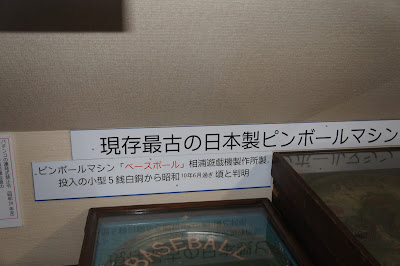 His Japanese pinball machine seems to be a copy of Genco's Official Baseball.  Genco was sued by Rock-Ola as their design seemed cribbed from their World's Series.
Posted by Caitlyn / CPI at 7:59 AM No comments: