Oh I found a good one!

It's the arcade in the background of one scene in this "blue movie".

It is a very short clip, but yields many important games!  In this first shot we see a row of games from the ride.

Let's go smudge-by-smudge and try and figure out what games these are!
Read more »
Posted by Caitlyn / CPI at 6:35 AM No comments:

Here are some more wonderful EM videos I'd like you to see.  (also check my other video post from last year)

A masterclass in restoration, Bill Heatherly condenses 350+ hours of his 1969 Midway Sea Raider restoration into an hour.  Try to not get too distracted by all of the other incredibly rare machines and parts he has stacked in the background.

One of the most remarkable EM machines of the 1950s, come see how a Shoot The Bear works

A rather prestigious collection of British machines.  A few mindblowingly rare machines tossed in with a bunch of the standard fare.

Mike Hasanov is working on an incredibly rare EM machine called The Stripper, and needs to know if anyone else has one of them?  The targeting mechanism is fascinating.

All of the bingos produced by Sigma (シグマ) in the 1980s are rarer than hen's teeth, so I feel extremely blessed to have this long video of Pastel Shower gameplay.

(The following information, photos and video were provided by pinball collector Joel Garblik, who graciously let me repost it here.) 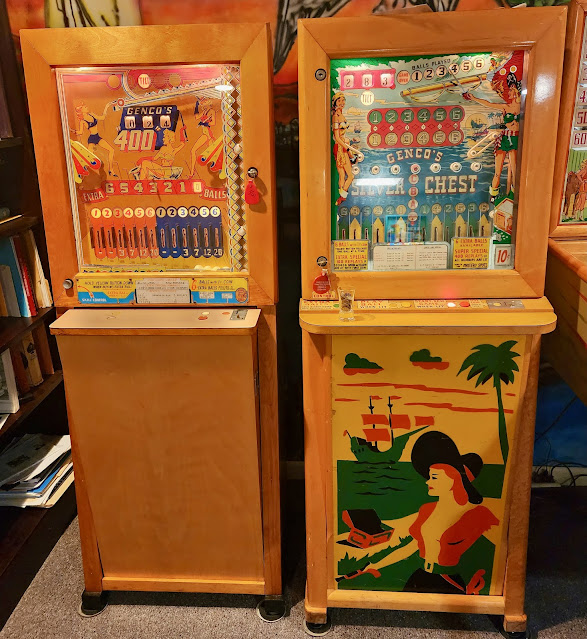 It is my understanding that, between 1952 and 1953, Genco produced and distributed four upright games with vertical playfields.  In 1952, “400” and “Jumpin’ Jacks” was made and in 1953, “Golden Nugget” and “Silver Chest” were produced.  Sometime in that time frame, “Skyline” was produced, but apparently never went to distribution.  The only information I have on that game is a copy of the promo picture.  Also, in 1953, Genco produced a very limited run of six games for “LINE UP,” which according to the picture in Michael Shalhoub’s Compendium, appears to be the same design as the 400.

Currently, I own 400 and Silver Chest.  My friends have the Golden Nugget and Jumping’ Jacks, but they are similar enough in design and concept to discuss generally.  A shout out to fellow collectors and friends,  Robert Loring from whom I got these games several years ago and to Patrick Reese for providing me with a much improved glass for the 400. 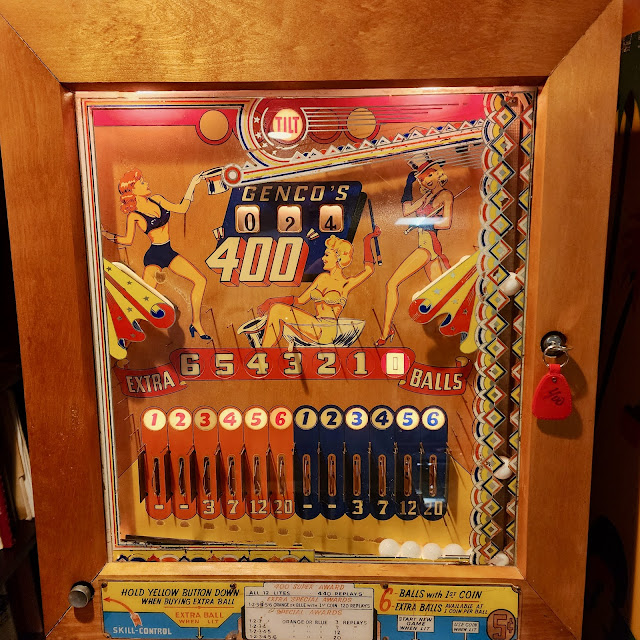 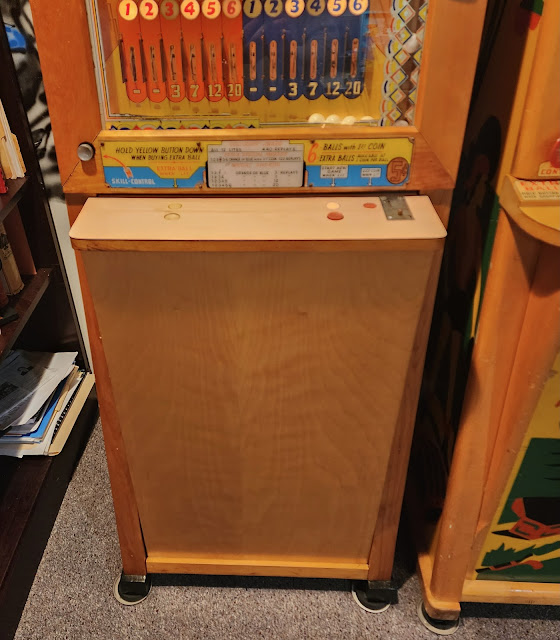 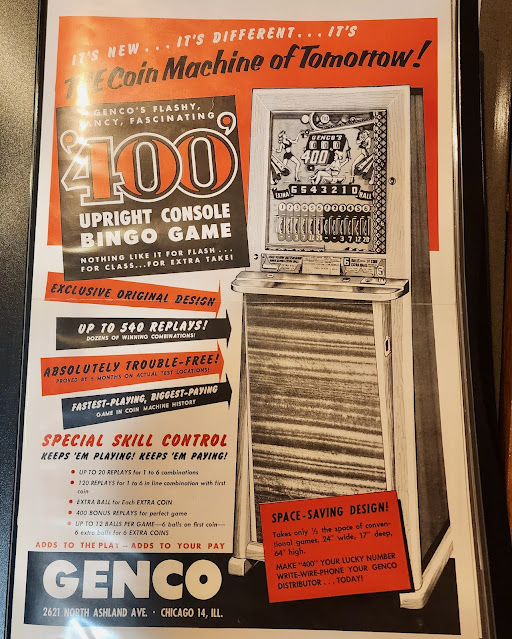 1952 Genco 400/ 5 cent game - Enclosed is a photo of Myron Gensburg’s July 1952 promotional letter to his distributors wherein he predicts the upright console bingo game as a new trend in coin machine design with space-saving feature.  No question that they were distributed as coin suckers taking a coin every 20 seconds.  The attraction to keep “em  playing and coming” was 400 bonus replays for a perfect game.  Clearly a game of luck, not skill, it was possible to keep winning a few games now and then to keep you interested.  But $20 would have been a nice payout in 1952 and one could imagine how many lost their lunch money trying for it. 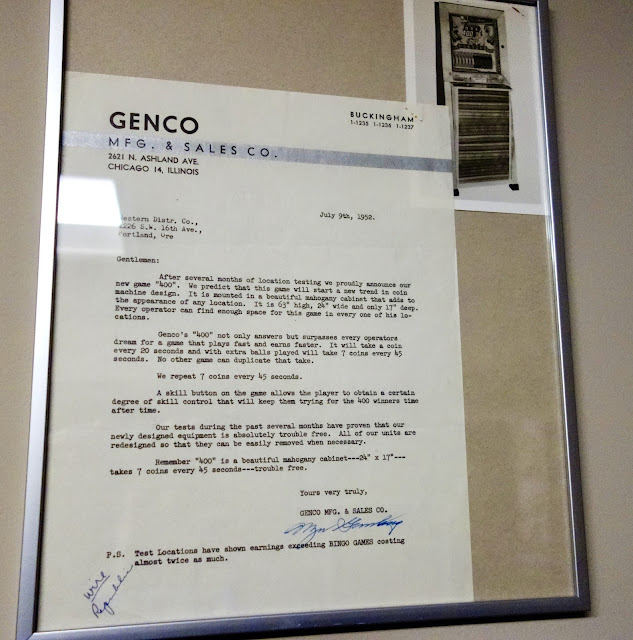 1953 Genco Silver Chest/ 10 cent game - The last of the series, this version had more features than the earlier versions.  It had extra specials, mystery spots and super specials.  Similarly 400 replays were possible.  This Silver Chest is a pristine home use only game previously owned by a Genco executive who had it for his personal use. 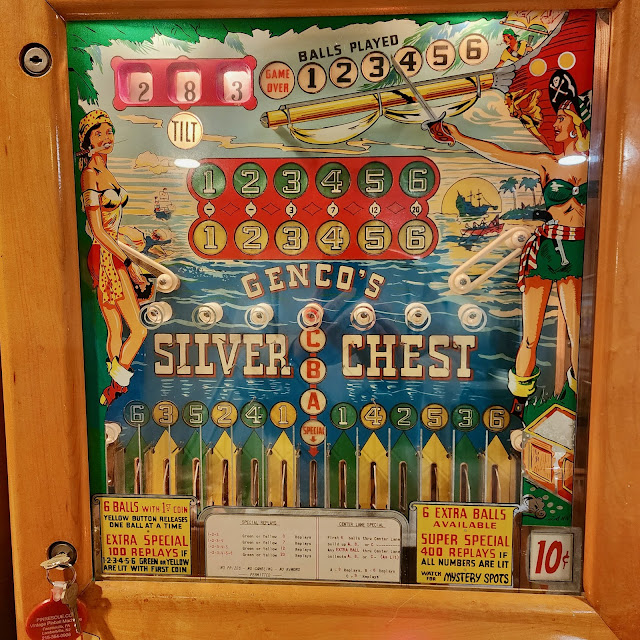 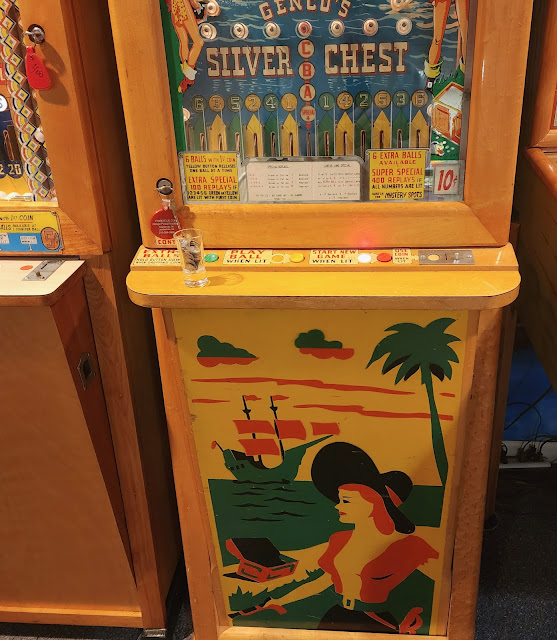 The notable features about the games are 6 balls for 1 coin. There is a flipper button is located on lower left of the backglass frame and is labeled "Skill Control,” which is somewhat humorous that the best you could do is help bump the ball before it falls down the bagatelle.  There is a buy-back feature that allows up to 6 extra balls at 1 coin per ball.

I am incredibly excited about this new arrival: one of the oldest known/surviving pachinko machines.  Made by 岡 (Oka), this might be what we consider a "2nd wave" pachinko machine.  The first pachink machines were made by Oka around 1929, and those ones had a payout cup where the operator would manually place coins in the cup from the back when someone won.

This type of machine was the first pachinko with an automatic payout, where it would pay out 2 sen coins on a win. 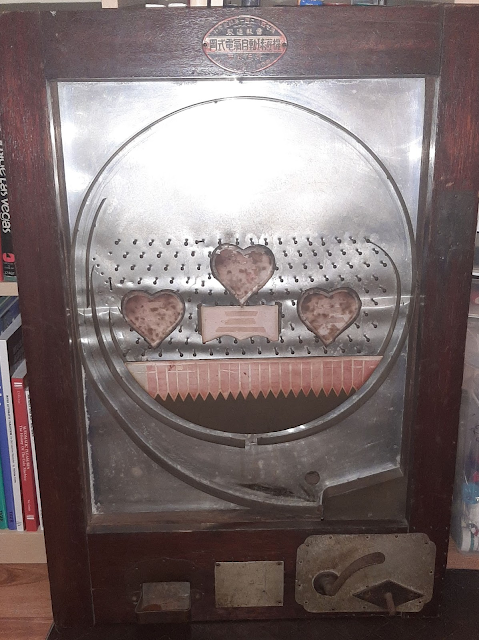 This machine has some very special design notes though, as it seems to have been made with the optin of novelty play.  I think this might have been done to circumvent local regulations / prohibitions, but that is speculation at this point.

You can read more about it on my eremeka site: ~1931 岡式電気自動球遊機 (Oka-style electric ball play machine) by 岡 (Oka) 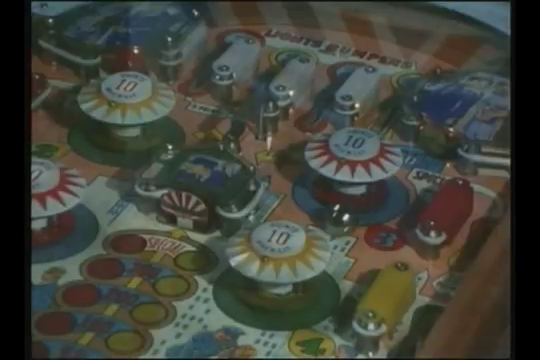 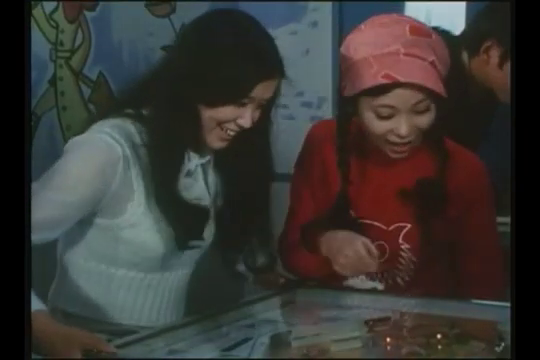 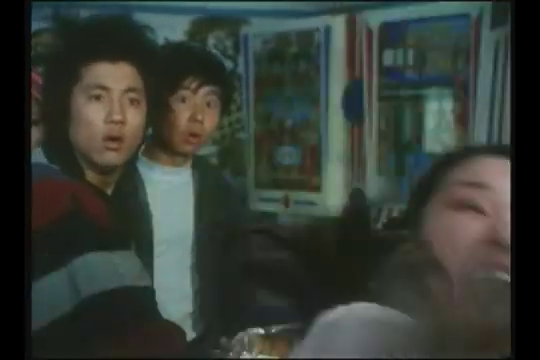 The one on the left is Royal Guard

La belle équipe is a movie from France circa 1936.

Not much to see here except for this one gorgeous crane game.  With the bartender distracted, 3 men tilt the machine to help them retrieve 2 choice prizes.  I am unsure if tilting the machine like that actually provides any advantage. 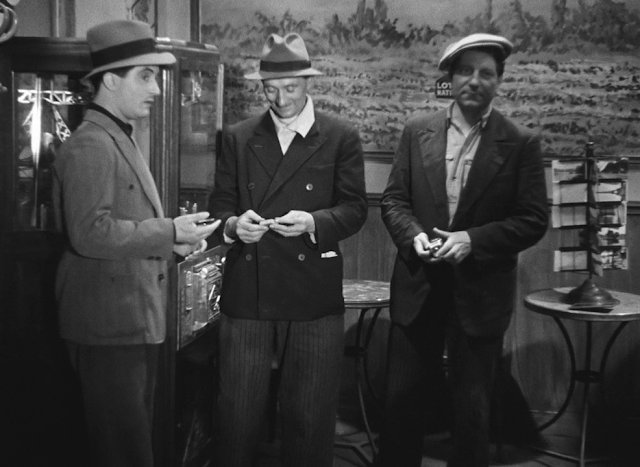